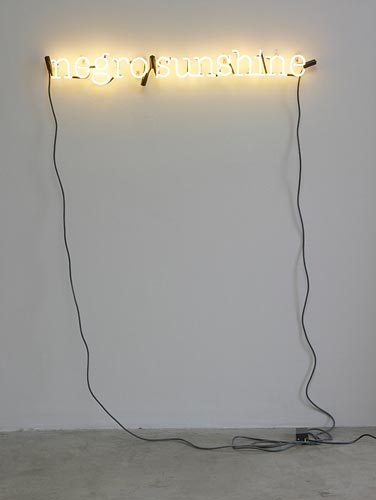 “”Mr President, this is the artist Glenn Ligon. His painting Black Like Me #2 is in your personal quarters in the White House.”

To the artist’s amazement, Obama replied: “Oh yes. We have a set of prints too, but we had to rotate them out because of light issues and I really miss them.”

“I thought to myself, ‘the President of the United States knows what’s in his house,'” says Ligon. “It’s not just decoration. He looks at it and knows when it’s not there. It was touching to realise that visual art is an integral part of his and his family’s life. It’s not just window dressing, not something you have to talk about because people expect you to.” 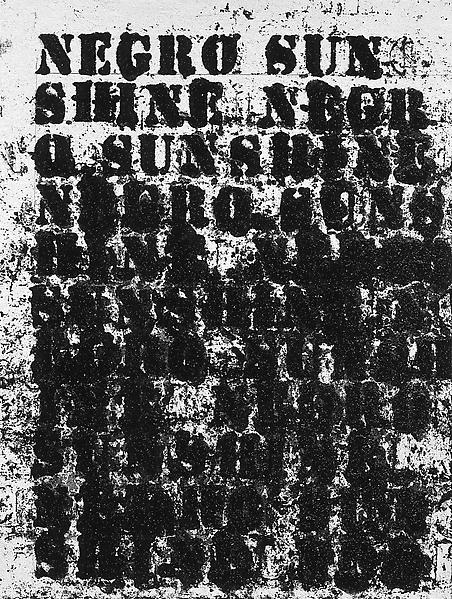 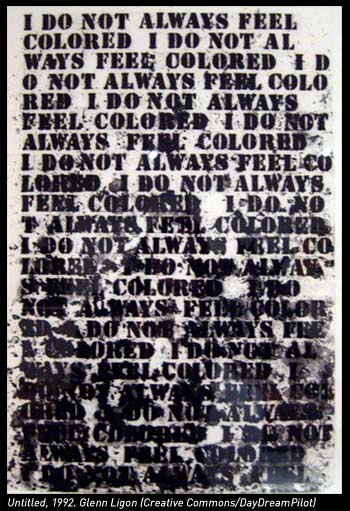 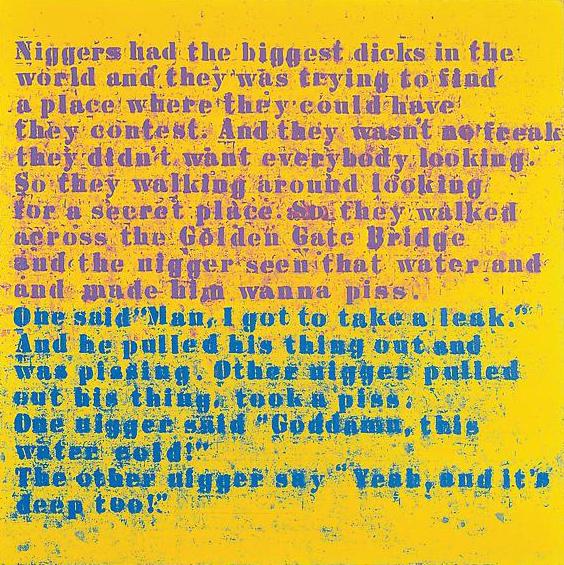 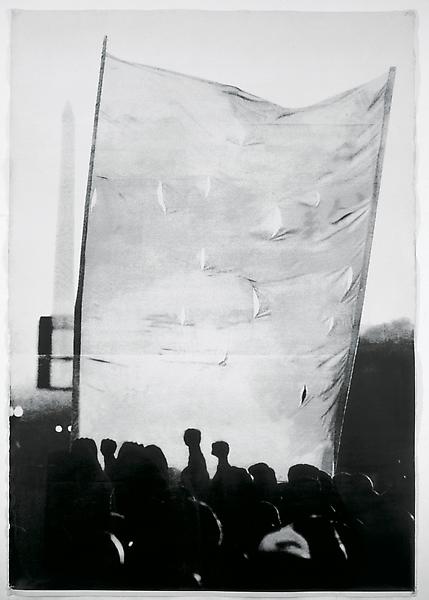 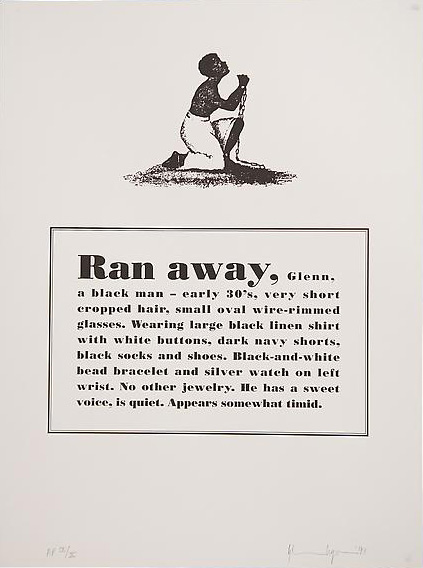 Ingang Giardini Centraal Paviljoen – Oscar Murillo & Glenn Ligon “At the core of the project is the notion of the exhibition as stage, where historical and counterhistorical projects are explored”. – Okwui Enwezor Soms [Meer…]