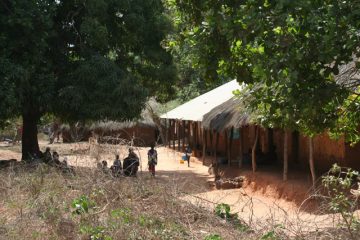 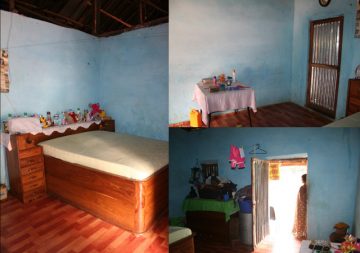 “I met a nice couple: Ana and Tinko […] They showed me how they live in two 16m2 rooms in one of the compounds in the village.” 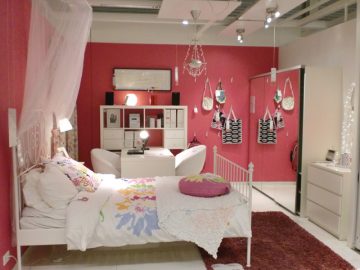 “I went to all the IKEA stores in The Netherlands, to find a perfect match. […] I found two fabulous showrooms of 16m2 from witch I was sure they would fit perfectly in the house of Ana and Tinko.” 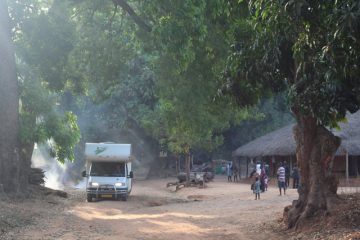 “I flew to Africa to be able to arrive together with them in the village where Ana and Tinko live.” 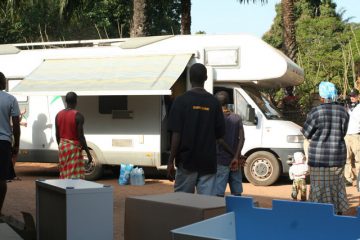 “Even before the IKEA showroom building people could step out of the car we were surrounded by curious people.” 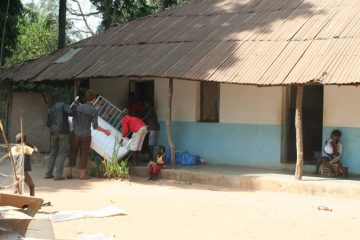 “One of the villagers spoke English and he told me that they actually also would like to get a fridge to put their beer cold.
It would have also been nice to have a television for the children, for there was so little to do in the village during the evening.” 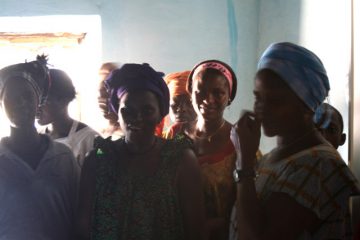 “[…] Ana and Tinko were happy.
So happy that they invited all their friends and family to come and see how their house was furnished with an IKEA interior.” 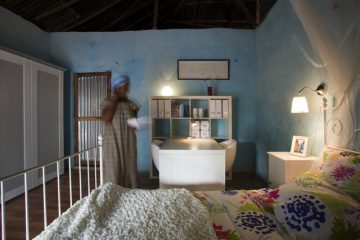