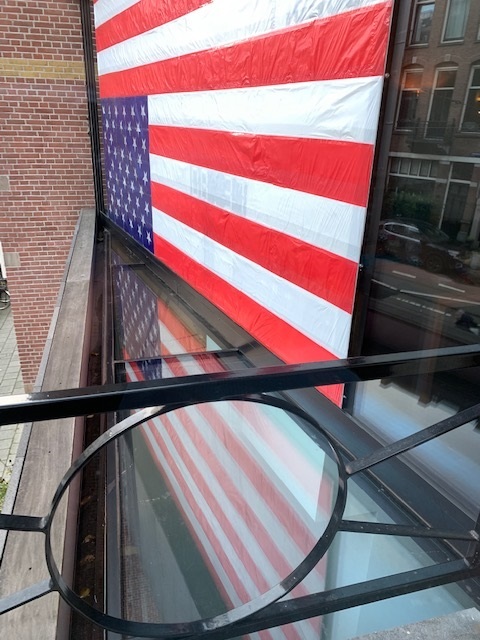 These months I’ve been working hard on a new work of J&B (myself and Bert Frings) in Amsterdam. And now it is up at EENWERK!
The photographer Ernst Moritz made some great photos of it. [Een bericht van J&B]

The work is called ‘The Divided State of America’. It is a huge American flag, upside down, made of bin bags. It is placed on the outside of a large window. The bags are translucent, so inside a stained-glass effect appears during daytime. 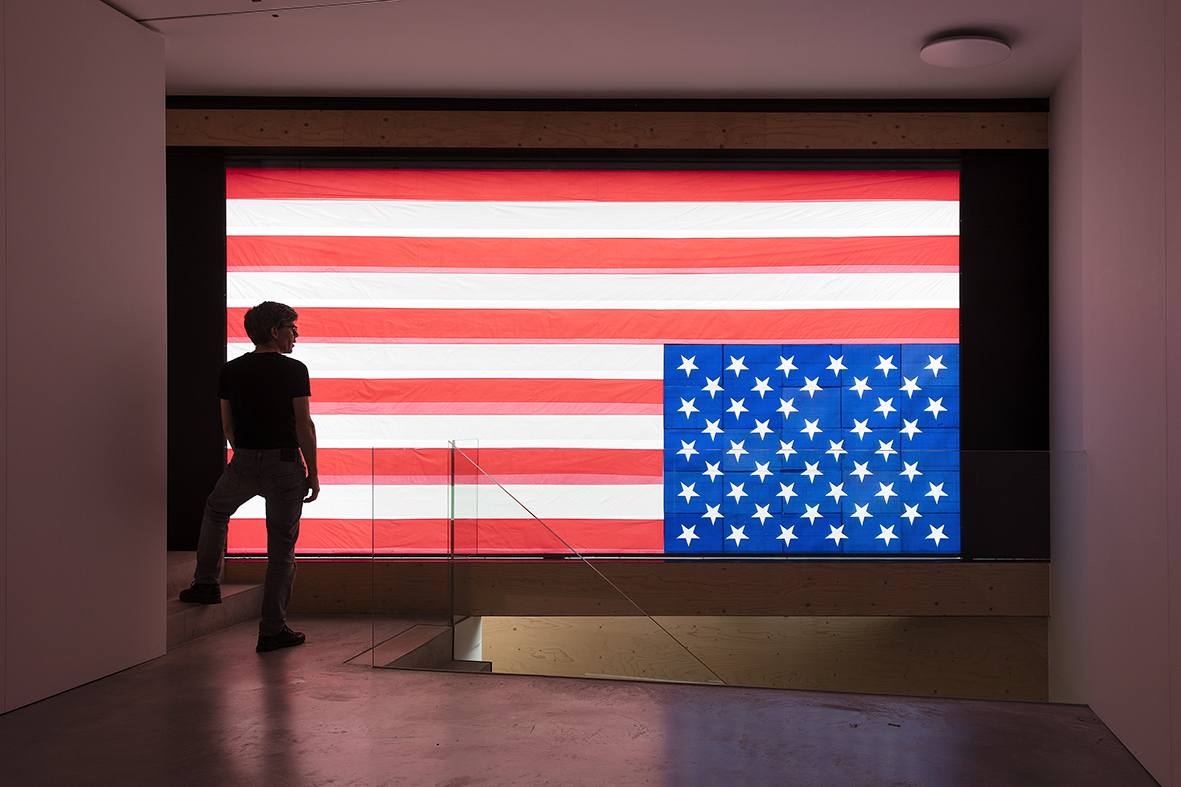 In the evening we light the flag from the inside, so that it lights up on the outside. We do this with video projectors, so that we have been able to create texts and tweets on the flag. 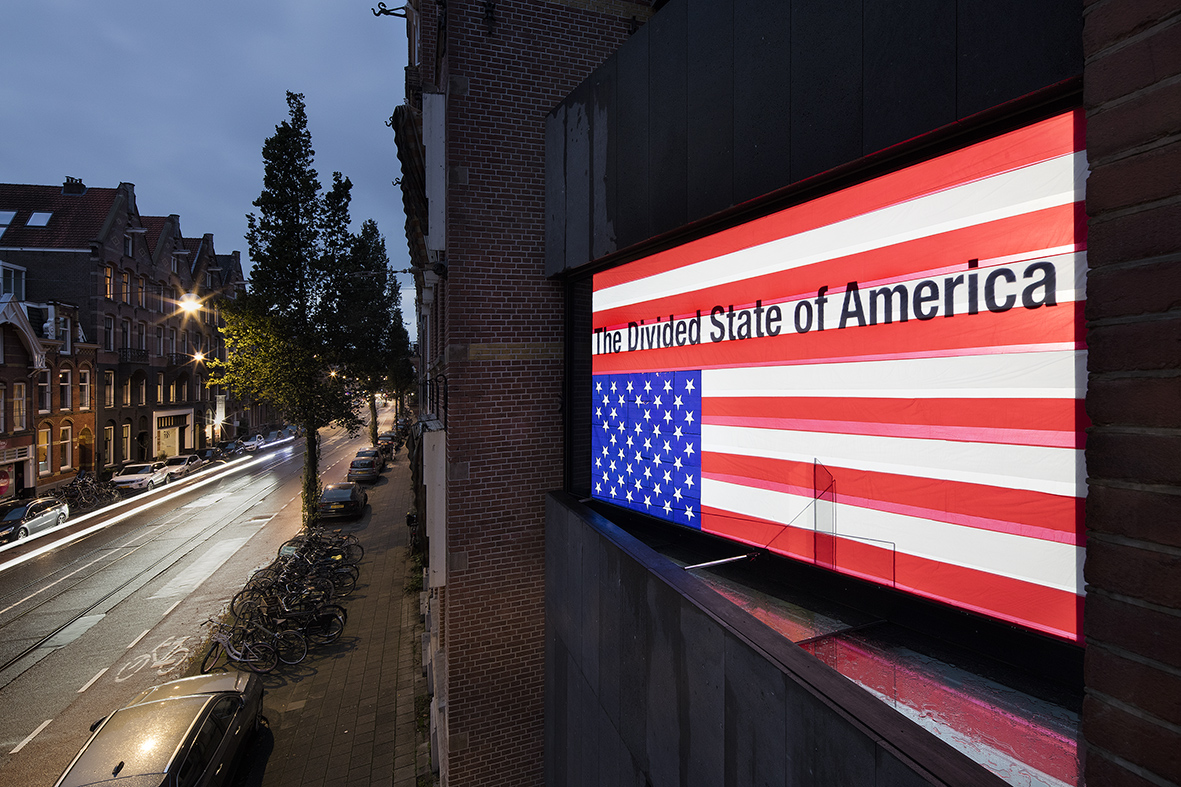 The work focuses on the American division and two-party politics that are more difficult to bridge than ever before (certainly in our lifetimes). Signs of instability are everywhere; police brutality, racism, inequality, and an erratic president. Enough stuff to work with… 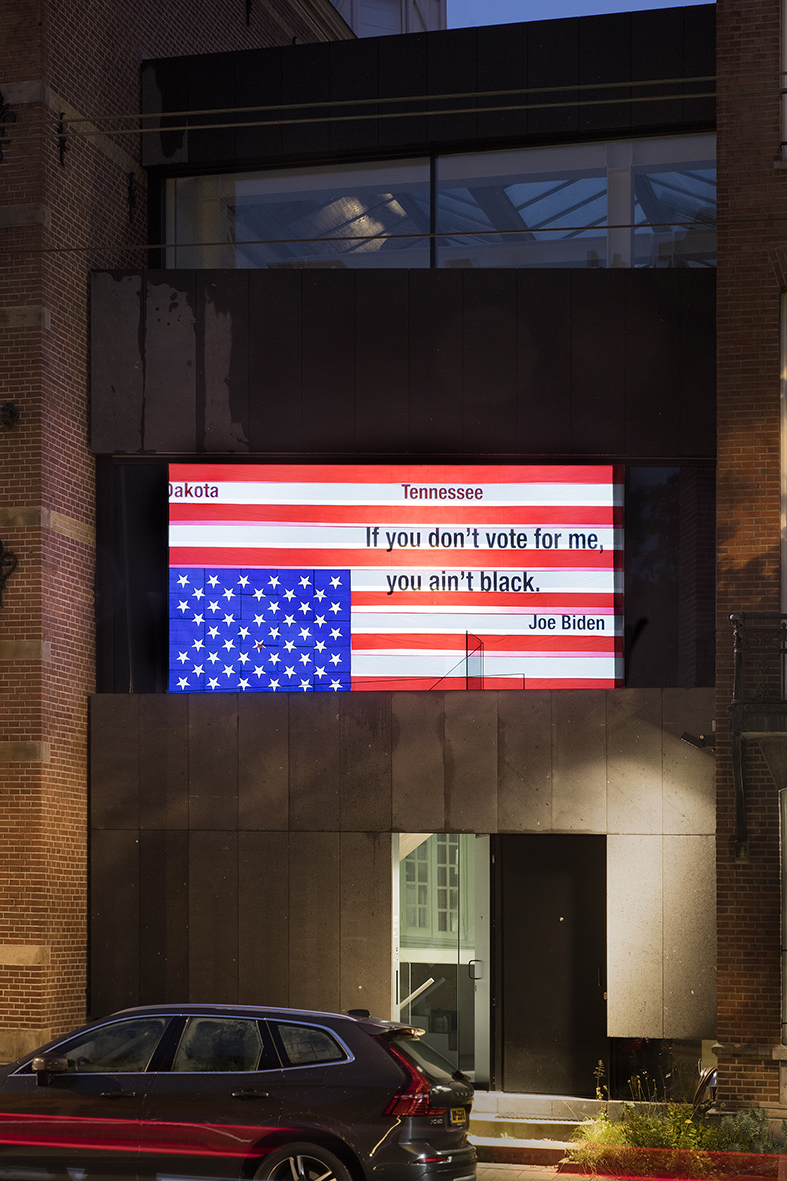 We are showing all sides, including a large segment of 8 min 47 sec about George Floyd’s death, with everything said between George Floyd and the policemen. 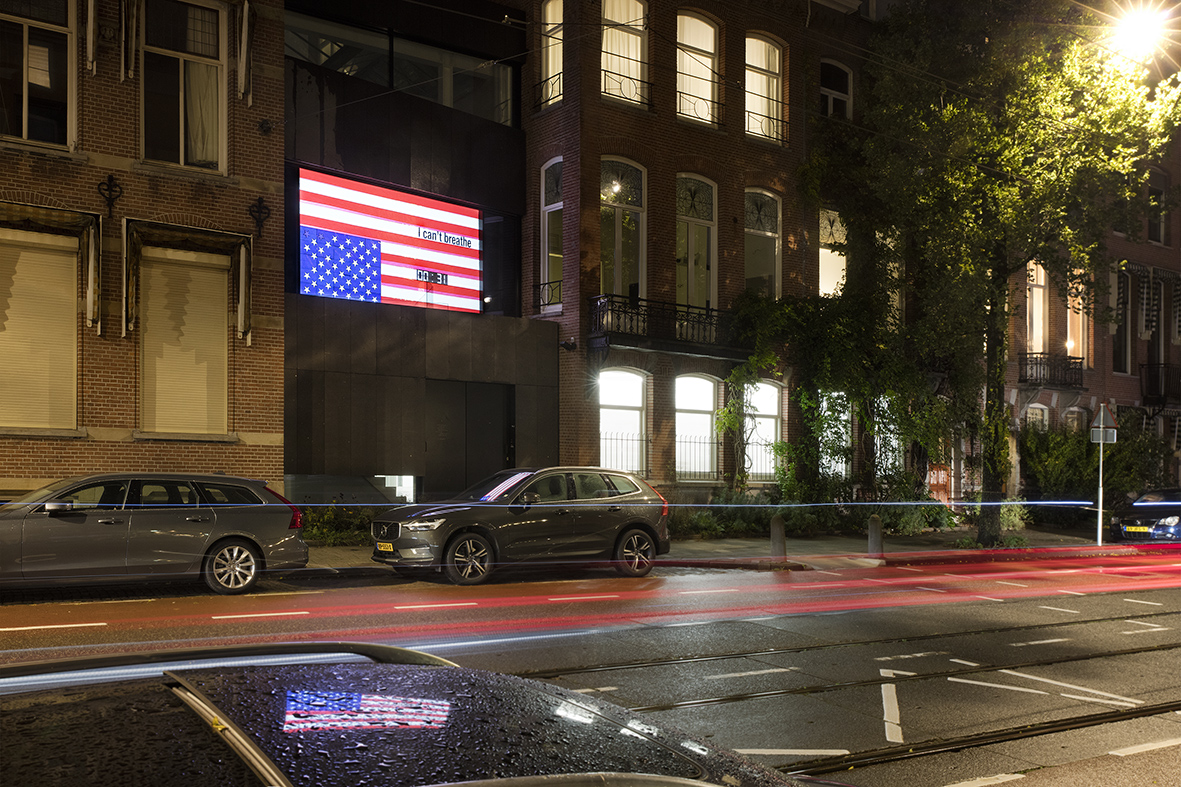 I’m very enthusiastic how the work has turned out. It is now up for 2 days (official opening is today), but already so many people on the street are watching, discussing, taking pictures. A tram-conductor stopped the tram so that everyone in it could watch! Good thing is that it can be seen from far. 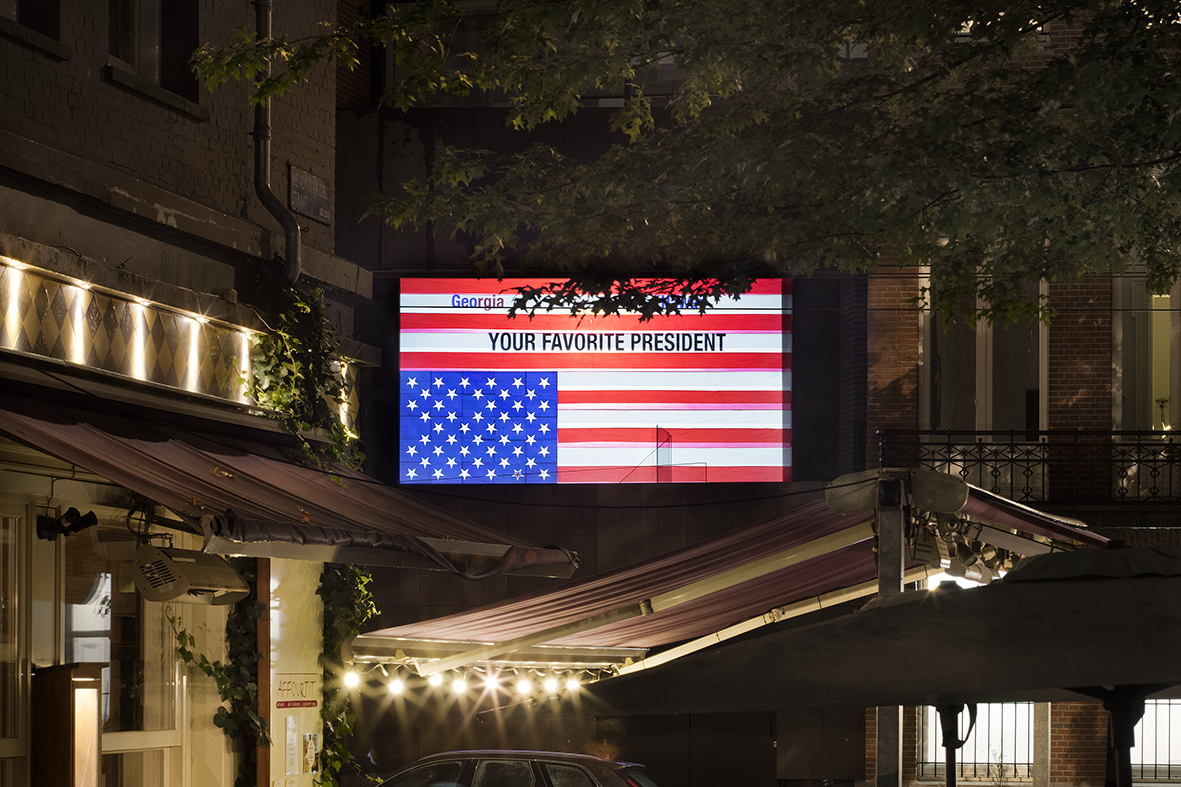 In these strange times I wanted to give you a nice complete update, as it is now so difficult to come visit it. Hope you enjoy it.

all the best,
Jacob